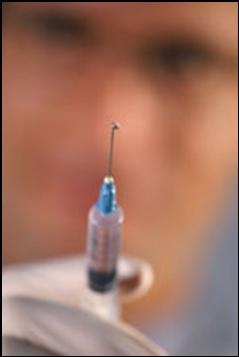 If you read Eric DeBode’s article from the last newsletter about a moratorium being a somewhat de facto rather than an active decision on the part of lawmakers, you will find the same disappointment in the following article. I too wish abolition was around the corner because of the repugnancy of killing our fellow human beings under the guise of justice, completion, deterrent, or anything else that can be conjured up to justify collective feelings of anger and revenge. What I’m going to suggest is an addition to the list of what is wrong with our current system of execution in California, namely: those who push the drugs into the veins of the condemned are practicing medicine without a license!

Yet, in the execution chamber drugs that can kill a person are being prescribed, purchased, and administered by non-medical personnel who are not being held accountable for practicing medicine without a license! I can’t bring in new life without a license but a prison guard can administer life ending drugs without one?!? I feel outraged by this and I hope others are as well.

Reading the Statute for lethal injection for San Quentin gave me cold chills up my spine. It is so exact to every detail from the moment of the setting of the execution date until one hour after the execution is completed. I read the entire 35 page document and wished I could just hand the document to those who think the death penalty is a necessary and have them say, “YEOW this is horrible.” However, I will instead list what I see are the places that put prison personnel at risk for prosecution for practicing medicine without a license.

Throughout the document it is clear that the Lieutenant in Charge of the Chamber is the person in charge of the drugs—he is not mentioned as having to be a licensed medical person but must “ensure that the necessary chemicals are not only available but also properly controlled” (Section 4, sub section h). Two days before the execution the Lieutenant in Charge of the Chamber (I’ll call him the LCC) will “obtain the lethal injection: During the afternoon immediately preceding an execution by lethal injection, proceed to the designated locker to obtain the necessary agents (drugs) for the procedure. When the drugs have been issued, and quantities verified, they shall be placed and secured in the drug locker in the Chamber. Maintain personal, physical custody of the key to the drug locker until such time as it is opened for use…” (Section 9, sub section c). The execution team is under the responsibility of the LCC and there is no detail, in this overly detailed procedural document, as to who makes up the execution team except to say that “execution team officers shall perform duties as assigned by the [LCC]” (Section 13, sub section11).

The drugs used for lethal injection are again spelled out in detail, omitting who ordered these drugs and who bought them from the supplier. In addition, the supplies such as syringes, needles, IV fluids, IV tubing, and even cardiac monitors are part of the necessary supplies needed for an execution—no mention as to who ordered and bought them. You can’t get those items without a medical license. But all of these medical supplies are part of the regimen that the LCC not only has access to but is in charge of for an execution.

After a medical person inserts the intravenous needle and starts the fluids (Normal Saline), the Warden takes over the job of practicing medicine without a license by Order [ing] the administration of the lethal injection until the inmate is pronounced dead” (Section 10, sub section 7). After the drugs have been administered then a physician is brought in to pronounce death. It is important to note that only a physician or a paramedic can pronounce death. A prison guard can do the killing, but only a physician can certify that the killing has produced its desired end.

As we saw in the Morales case, licensed physicians refused to certify that execution was painless and drew upon their medical code of ethics to save life and not to end it. Are physicians writing prescriptions for death drugs, are they writing protocols for non-medical prison guards to inject those death drugs? I think not. Maybe the California Medical Association needs to investigate the State of California Prison Authority for practicing medicine without a license. Maybe they should be put in jail. And maybe, just maybe we will have a moratorium that will lead to an abolishment of executions.